So here’s what happened: As I was walking down Madison Avenue in New York one day, I saw a building that looked like a castle. I’d passed it many times before, but for some reason, I stopped that day to look at it more closely. I seemed to be the only one looking at it, and the words, “maybe it’s unplottable” just popped into my head. I then wandered across the street, for no particular reason, and looked into the window of an antique store, and saw a white owl (not a real one) in a cage, and thought, of course: “Hedwig.”

I’m not a huge believer in signs and symbols but…there it was: Harry Potter. I found myself walking towards the Metropolitan Museum, a place I know quite well, and that connection somehow sparked an idea about offering tours inspired by the books. I did some research and went on some other tours and wondered if maybe there was a new-ish way to show people museums–not a better way, just a different way, that relied more on not just telling stories, but, somehow, becoming part of them.

Our lives after all, are about stories. For many of us, they’re one of the first ways we connect with our children and our parents connected with us, and our connections to storytelling run deep.

So I designed a tour in the Met based around objects and spaces that might remind people of ones in the books, and threw in activities and handouts and different ways of experiencing the museum. I offered the tour and, truthfully, I thought that maybe three or four people would take it, if I were lucky. And three or four people took it, and then some more people took it, and then some more, and they told their friends, and well, suddenly there it was: a new business.

Because Harry Potter led to an interactive museum tour on fairy tales, and then to one on demi gods and heroes, and to another one on epic medieval fantasies and to one on pirates and…Well, you’ll see. Come join us.

And if there’s any lesson to be learned here, it’s this: Always follow your white owl. 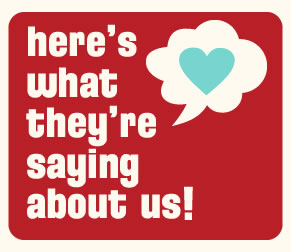